This is from an article I wrote for CCM Magazine about how we use our rock band to expose and fight against the human trafficking.  This article was written in 2014 at the beginning of this chapter and my involvement with The Exodus Road and I’ve been with on multiple deployments.

When I first picked up a guitar 20 years ago and started writing songs – I never dreamed that music could take me on such an adventure.  There’s always been something very compelling about trying to capture a melody when I feel like I’m close to finding it – like I’m chasing the echo of a tune we’re all born remembering – trying to put one note in front of another note to try to make sense of my questions and fears and longings and doubts.  But when I started writing songs for our new album, Commodity, there was a sense of urgency.  It felt like these songs were bleeding out of my soul in a way that I’ve never experienced before – like the song was meant to exist. 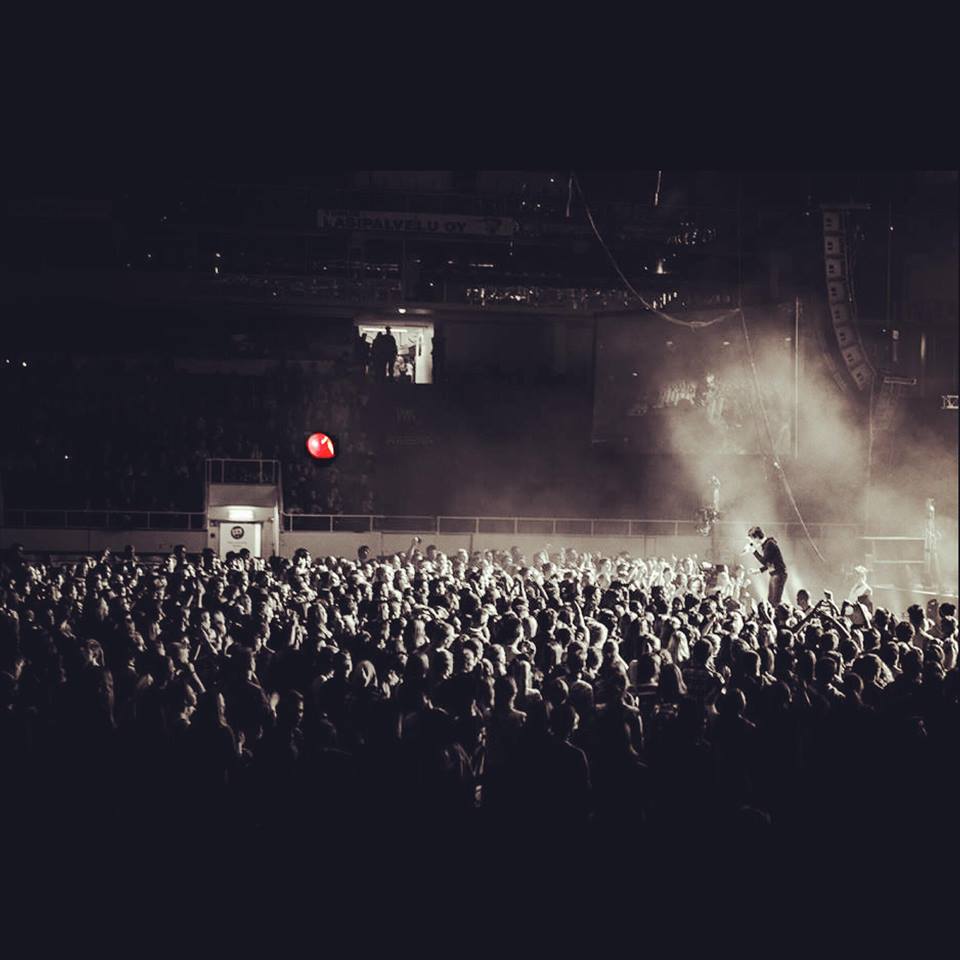 Writing a counter trafficking album was not something that I set out to do intentionally – it just happened.  The stuff I’ve been reading and paying attention to these last two years especially has had to do with the plight of children in the world.  I’m friends with an amazing photographer named Jeremy Cowart and we’ve talked a lot about Uganda and he’s taken photos and done art therapy with former child soldiers.  The videos of his work in Africa and in Haiti moved me and I started writing lyric.  I was devastated two years ago while watching a video made by Invisible Children to expose the warlord Kony.  He’s kidnapping these boys and forcing them to carry guns in his insane war and my daughter asked me “Dad, why not God protect those boys?” – and the lyric poured out of me.  Because I don’t have an answer for her.  All I have is a song.  And then I started to hear more and more about daughters being sold by the hour at the age of six to sixteen all over the world’s red-light districts – I didn’t want to read about it – I didn’t want to think about it – but then I couldn’t get it out of my mind so I kept on writing these lyrics.

Matt Parker from The Exodus Road approached me sometime during the middle of the songwriting process in a profound moment of convergence.  He heads a coalition of forces that go undercover to find evidence of the trafficking of underage girls and boys – and then they rescue them.  They need exposure – they need funding and he came to me to see if I wanted to talk about what they do.  I felt that same sense of urgency again – a compelling tug at my heartstrings to leverage everything I’ve built in my 15 year career to tell the story of these children – as loud and as often as possible – to tell it at 110 dB from stage – in these interviews – with people I talk with after concerts and at my kid’s baseball games.  But I don’t think that just singing about something will accomplish what we’re trying to accomplish – now is the time, as Dr. Martin Luther King Jr said, to live with dangerous selflessness.  If I’m going to convince people to take the cause of the oppressed I have to be more than an advocate – I told Matt I wanted to do what he does.  My wife says no way.  But then the next morning Matt comes for breakfast and Anna says “take David with you – teach him to do what you do – this will be our legacy”. 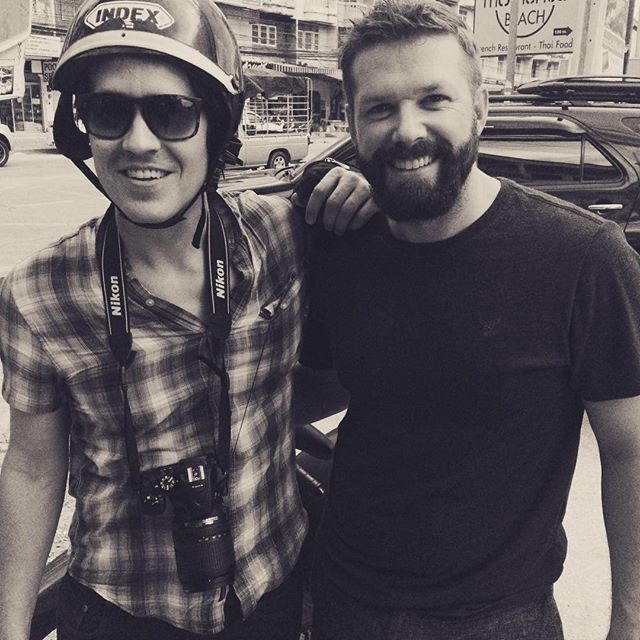 February of this year was my first trip to Southeast Asia.  I shadowed Matt mostly on a bunch of undercover missions and sat in on a ton of meetings with government officials, undercover operatives, police, people that run safe houses and restoration homes for rescued victims and partners in the coalition of The Exodus Road.  I’ve never been to that part of the world and I thought I was prepared for what I’d see because I’ve read so much about what’s going on.  But you never are prepared for what it feels like to sit next to someone that’s for sale – let alone a child.  Or what it feels like to watch surveillance footage of a gang of westerners trafficking eight year old boys on those humid streets.  The next day I was sitting at a restaurant, ten feet away from one of these predators, as the “trigger” in a continued investigation to find more about this gang and how they operate.  Our team followed that guy and found his address that day and followed the guy he met with.  We collect evidence, we build a target and then we make a raid to rescue the victims and disrupt the revenue streams of the traffickers.  My last night there I sat with a girl named June.  She’s 13 or 14.  She’s beautiful and quiet.  She was being offered to me for $60 or so for an hour.  We got evidence of what was going on there on hidden video cameras.  And then we left – but June is still there – and I looked back in the rush to leave (one of the operatives determined it probably wasn’t safe to stay any longer) and I caught her eye for a second.  And I couldn’t stop thinking about her my whole taxi drive up north – and then on the airplane to Japan and all the way back home. 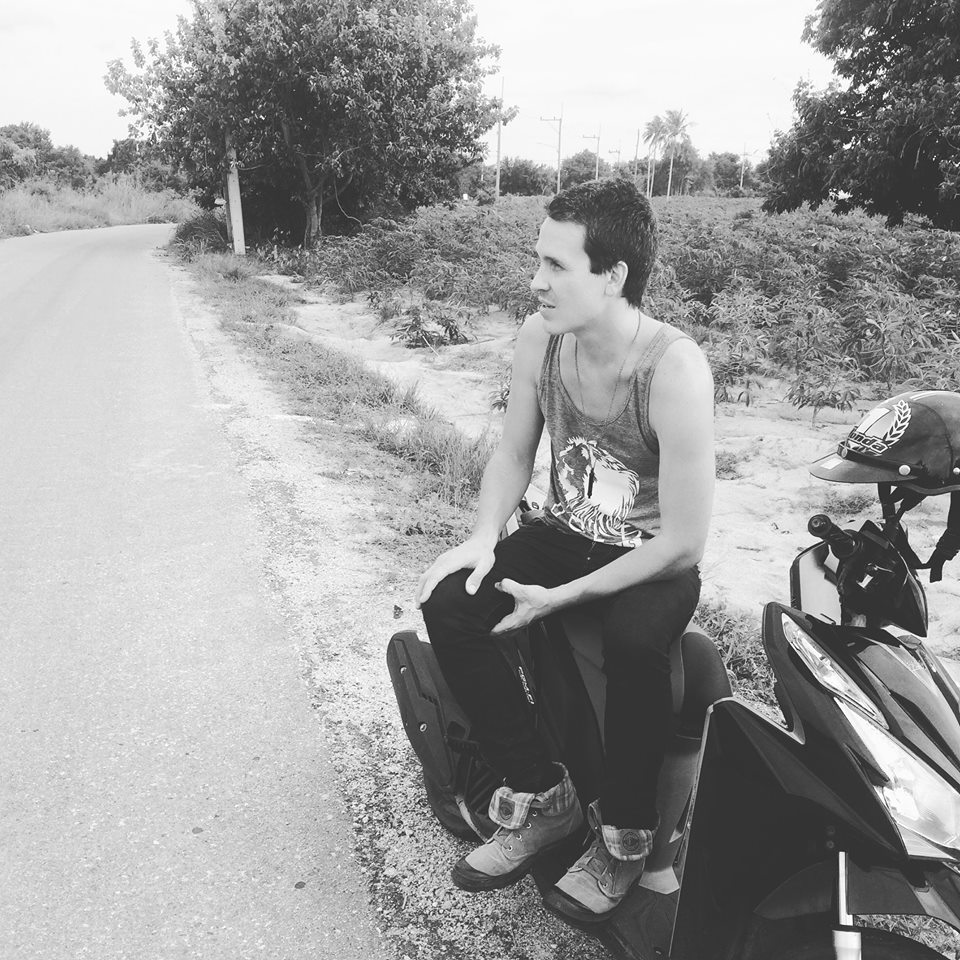 My brother Philip wrote several songs with me and rejoined me as producer after quitting touring with the band in 2010.  The record label the band had left in 2013 wasn’t interested in doing a full length album about sex trafficking – when I presented this idea to song writers and producers and A&R I’d worked with in the past they all said that it wouldn’t work at radio or it wouldn’t sell units and no one I met wanted to write or record these songs.  June’s story is not a happy story.  It’s not encouraging.  And counter trafficking is not safe.  So I decided to make an indie record and have Philip produce it.  I told him when I got home that I wanted to write about June – a girl whose body is being sold against her will – her innocence – her dignity.  And yet I think there was a glimmer of defiance in her eyes.  And maybe hope.  So we wrote about June – and we’re doing everything we can to give her  a voice.

My second trip to Southeast Asia was over a month ago and I’ve been on tour pretty much non-stop since I got back.  It kind of seems like a dream or a movie or that it didn’t really happen.  I have photos and memories – memories of countless girls I met that were trying to sell themselves in smokey dance clubs – breathing that heavy air on those neon streets.  There’s a constant sense that your soul is eroding doing that kind of work and the fear of never making it back home alive.  But then I came home again and life seems normal most of the time.  Right before a concert last week they played some dub step and I was suddenly back in a brothel in Southeast Asia where they’re selling 16 year old girls.  I had to go outside because it was too much – the music brought back that rush of emotion.  The memories of all the girls I sat with – pretending to be a predator – pretending to be the very thing that I’m there to fight against.  It’s heavy – but I was only there for two weeks at a time – my guys in The Exodus Road are there year round. 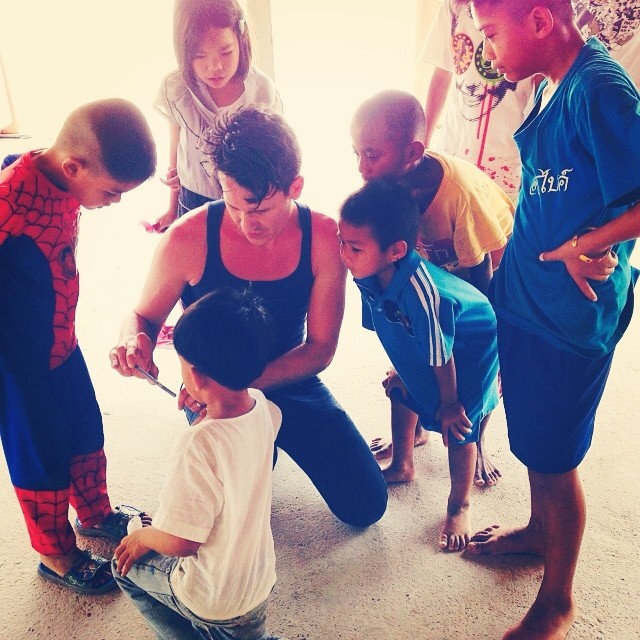 Someday, when slavery is a distant memory, they will talk about the day when the righteous rose from indifference.  Maybe these songs will be remembered as having contributed to the resistance.  We all know what it feels like to be reduced to a target demographic – we’ve been used – manipulated – marginalized – targeted and eventually discarded.  Our essence has been strip mined by the cold machinery of industry – squeezing us of our potential – reducing the melodies of our hearts to the lowest common denominator.  Our youth – exploited, our songs – exploited – our tears – exploited.

But we’re so much more than skin and bones.  There is a warmth inside of us that cries out “I’m a soul inside a body – I’m not a commodity”.

Maybe we can forget the notion that we were ever supposed to play it safe – let’s sing of freedom for the child of the front lines of conflict in Rwanda and Uganda.  Let’s sing it loud for the girls and boys on the streets of Brazil, or the hills of Laos and Cambodia to the red-light districts of Bangkok – let freedom ring – hear the bells chime like children singing in the spring time.